Static Verification of Linux Kernel Modules: Current State-of-the-Art and Beyond

Different approaches are used to ensure quality of Linux kernel modules. However due to various reasons they do not allow to find all bugs. The talk will be devoted to a method for static verification of Linux kernel modules aimed at detecting all possible violations of checked rules. As well the toolset implementing the method will be considered, results of its practical application will be presented and possibilities of its usage will be demonstrated. 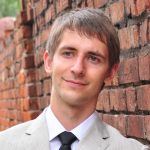 Evgeny have participated in the LSB Infrastructure program that was run under a contract between the Linux Foundation and the Institute for System Programming for 2 years. Later he became one of the primary developers within the Linux Driver Verification program.