We present a new SDN/OpenFlow-based network management system for Enterprise networks called EasyWay. It demonstrates novel approach where network administrators no longer need to manually configure all network devices, they can simple “draw” a path between network elements and the system will automatically program the network elements. The demonstration shows possibility to manage the complex network from user friendly graphical interface without manual accessing to network elements.

The key concept is to introduce higher levels of abstractions for network administration than existed now. These
new abstractions should really move network administration towards to network management where we can simple
control the whole network and have network operators instead of networks administrators. SDN/OpenFlow is
easier way to make this step forward. The proposed approach allows network operators to work in high lever terms of names, groups, and paths instead of low level IPs, subnets, and routes. The network operator no longer need to know thousands of commands, all management can be done from single place. 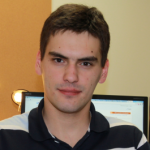