ABF – A Farm For Developing And Building Cross-Distribution Linux Software

In this paper, we describe an approach to automation of developing and building Linux software able to be installed and run in large variety of Linux distributions. We present the ABF development and build system which implements this approach and can be used to build packages for RPM- and Deb-based distributions of any hardware architecture. 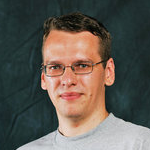 Now Denis is working on automation of ROSA distribution development – in particular, he is responsible for tasks concerning package creation and repository management.