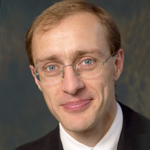 Since 1992, Robert Farish has tracked the IT markets of the former Soviet Union. Having spent most of his professional life in Moscow, he now heads IDC’s regional team covering the CIS countries. Joining IDC CEMA in 1995, Farish has personally authored studies on most of the technology areas addressed by IDC. His leadership has resulted in a major expansion of IDC’s research, consulting, and events business in the CIS as well as the opening of offices in Russia, the Ukraine, Kazakhstan, and Belarus.

Farish is widely regarded as one of the foremost specialists on IT markets in the CIS region and is regularly cited by the Russian business and IT press.

Prior to joining IDC, Farish was the director of Russia Data Services, an independent Moscow-based IT research firm. He also worked as a Moscow-based technology journalist. Farish has an Honors BA in history from Birmingham University in the U.K. and was a postgraduate student in communications at Goldsmiths College, University of London.